Hobson Street was once covered by thick bush but was cleared by Maori from the Pipitea Marae to grow vegetables. The New Zealand Company bought the area in 1839 and named the street after New Zealand’s first governor, William Hobson, who was instrumental in the writing and signing of the Treaty of Waitangi in 1840.

Most of Hobson Street, which led down to the beach - now Thorndon Quay - was not built on for many years, and even in the 1870’s there was less than one house per acre.

However towards the end of the 19th century several impressive homes were built on Hobson Street and the northern end of Tinakori Road for some of Wellington’s more successful residents and merchants. These included Katherine Mansfield’s father just round the corner at 25 Tinakori Road and Sir Walter Nathan across the road at 100 Hobson Street.

In 1878 an iron suspension foot bridge was built across ‘the gully’ linking Hobson Street to Tinakori Road.

In 1961 the gully, along with about 400 Thorndon houses, was bulldozed to make way for Wellington’s urban motorway. The foot bridge was demolished and replaced by a roadway.

It was at this time that the two houses originally built on the site of 99 Hobson Street were purchased by the Roads Board and demolished to allow for associated works at the side of the motorway and widening and realignment necessary to build a road bridge over the motorway.

The site at 99 Hobson Street was held under a gazette notice for the Wellington Urban Motorway, later NZTA, until it was deemed surplus to requirements.

In May 2006 NZTA were granted consent to subdivide the section to return it to residential use, and it was put up for sale in 2012. 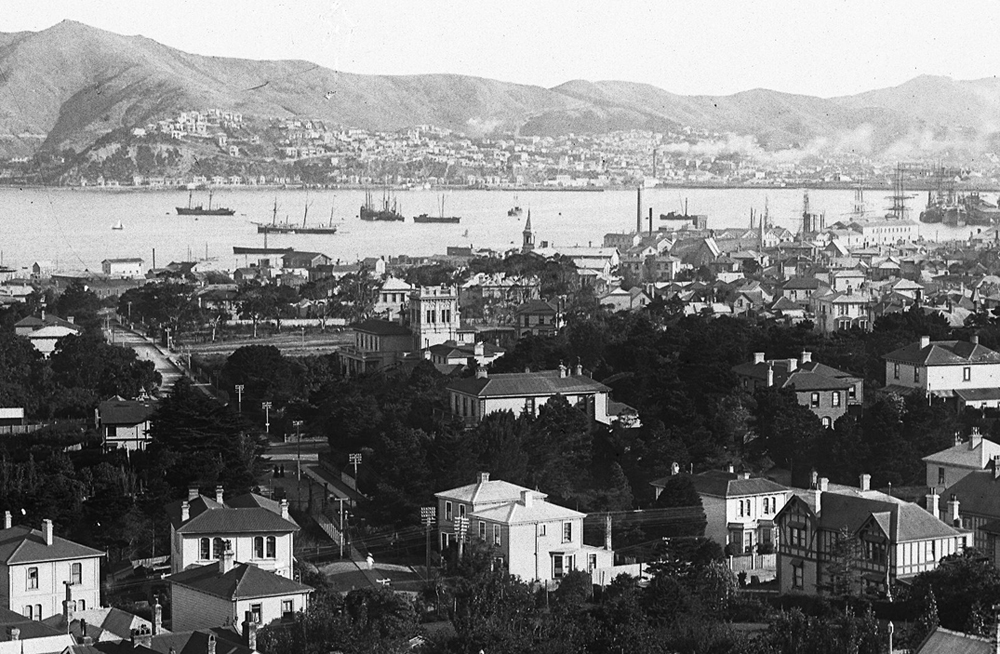 Two houses on the current site of 99 Hobson Street are lower centre image (circa 1900).

This website reflects the personal opinions and experiences of its authors and is provided for general information only. The accuracy and completeness of information cannot be guaranteed and readers should rely on their own enquiries.